I have the window seat in a half-full JFK-bound JetBlue flight from Kansas City.  It’s quiet.. the seats next to me are empty, and I’m watching the Midwestern landscape below.  The large patterns of agricultural America seem to be moving slowly, but I know they are not.  James is on the ground driving the van alone. HE is moving slowly, making his way back to Boston.

Friday we will inter my father’s ashes in Woodlawn Cemetery in the Bronx, and I need to be there. Dad died last summer and we had a memorial service in July, but this is a different, private ceremony, bringing him back to his New York roots. It is a plan made by my family months ago.

We would have been back earlier but we have just spent the last two weeks in my son’s basement in Lawrence, Kansas contracting and recovering from Covid. It was the last stop on our van trip.  The much anticipated four-generation Easter celebration turned into a game of Covid dominoes…James, my son Ramsey, his wife Erin, myself and Jane my mother (86) got robust cases of the dreaded germ, falling one-by-one throughout the week.  With the new variant 30-80% more contagious I guess it was inevitable, even though we were vaccinated and boosted. Fiona, my granddaughter, at 18 months, unvaccinated, was the only one who missed the misery, continuing to be perky and adorable and very active the whole time. We took turns cooking, babysitting, resting and sitting dully in the backyard, hacking up phlegm. The good news is we all made it through intact and someday this will be a funny family story. I hope so, anyway.

But what about the van trip? We made it down to the tip of Baja.. and we made it back, thankfully. 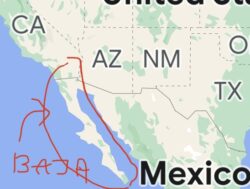 “Bad Roads bring Good People” is a Baja maxim I only began to understand on our last night there. We were eating dinner at Raul’s rustic wooden table in the candlelight. Oil paintings, decorative rugs, memorabilia lined the  walls of his cozy adobe guest ranch dining room.  Outside we could hear the sheep and horses settling down for the night. Rancho Bellota is a guest ranch 30 miles from the the Tecate border crossing, completely off the grid at the bottom of one of the hairiest Baja roads we had navigated so far. Good thing there is a handle above the window on the passenger side of the van.

Raul our host is himself an intrepid Baja traveler and welcomed us with stories of his travels, as well as his take on the cultural divide between Mexico and the USA. I learned a lot from Raul, not least of all that Baja adventurers LOVE bad roads.  Only  the intrepid will make it to the really good places. We earned our dinner by being one of those people.

A one-lane highway with crumbling shoulders is the only way you can reach the tip of Baja. The air suck on your vehicle as you pass a truck going the other way takes all your concentration to ignore. But there is not much traffic, and the rewards are great. There is beach camping everywhere, and if we didn’t stay on a beach we stayed in funky RV parks.  They are all over the place..in the colonial town of Mulege, in the date palm oasis of San Ignacio, and even in the lonely desert next to the ancient rock paintings at Catavina.   Everywhere we went we had good weather and met friendly, honest people.

It is a long way between gas stations in Baja, and at one point we were running low and getting scared. We decided to buy diesel from a guy selling it from a barrel, with a simple rubber hose siphon.  He was sitting alone in the hot sun in the crossroads of the highway with a handmade sign.  We had just crossed the border two days before, James’ Spanish was rusty and we were in culture shock.  Being flustered we way overpaid him, adding an extra zero onto the price he asked for.  Unaware of our mistake we pulled over to have another “heated discussion” about whether traveling in Baja was a good idea at all. As we were arguing we saw him in the rearview mirror running over to return our overpaid money.

As Raul said: there are five car-jackings a day in LA and people are scared to visit Mexico?

The military checkpoints that are routine were initially concerning until we realized the young soldiers in desert camo were mostly interested in seeing the inside of our fancy van.  Also we just might have been posing as harmless gray-headed retirees from the US that run guns down to Mexico, and bring drugs back, according to Raul.  Hey, it pays for the vacation, and maybe even a new hip!

I will never forget watching the sunrise in La Ventana to the sound of the jumping and splashing manta rays on the Sea of Cortez, or floating above the sea turtles with my snorkeling gear at Cabo Pulmo, or watching the moonrise on the beach at Bahia Concepcion.  On our way up and down the peninsula we drove through huge valleys of cactuses, climbed over twisting dry mountain passes, and descended into sparkling blue ocean vistas.  It wasn’t always easy but it was amazing.  Baja is a wild place in this over-developed world and needs to be protected.  It’s inaccessibility is a plus. I am really glad it’s there, and we may even go back, but it is a REALLY long drive.

(Postscript: 5/9 Back in Newton now.. the grass needs cutting, but the house is still here, thank goodness. Wonderful to see family again, and sleep in our own bed. Looking forward to summer and catching up with friends.. thanks for tuning in!) 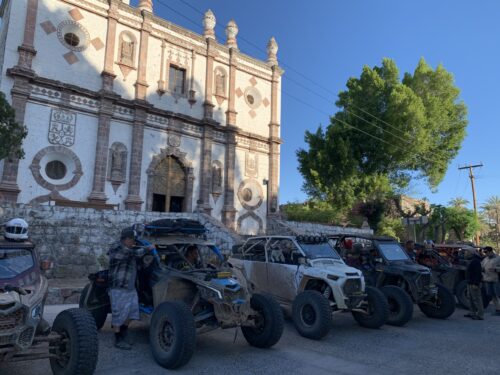 The dune buggies in San Ignacio waiting to be blessed by the mission priest before heading out to the desert. 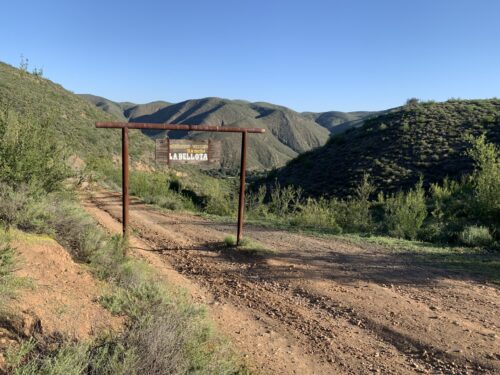 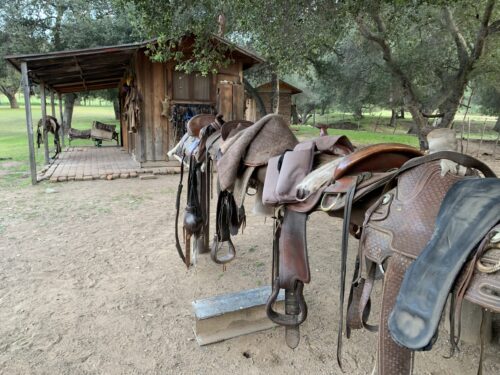 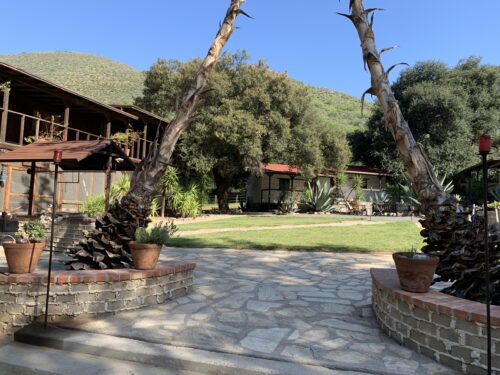 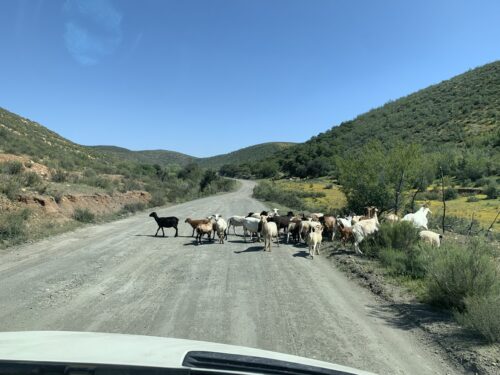 Road block on the good part of the road to La Bellota. 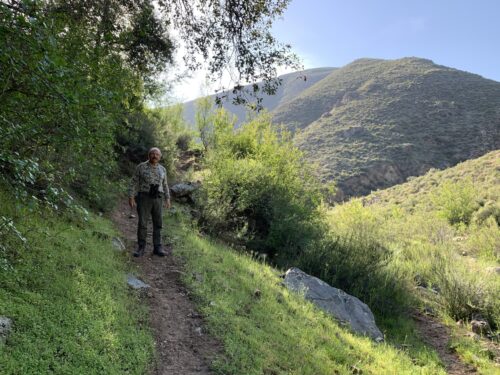 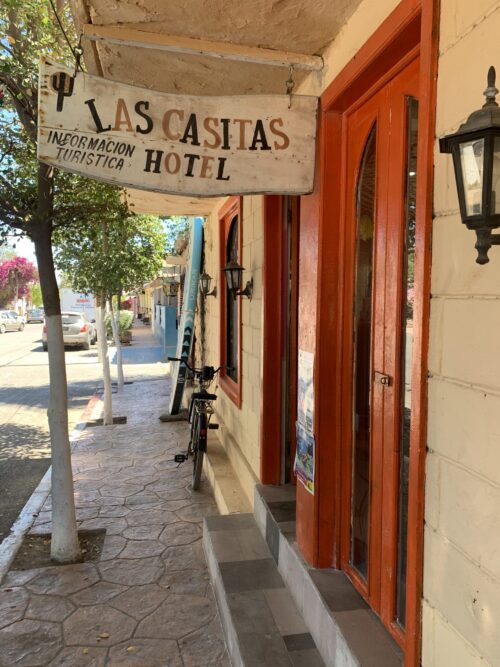 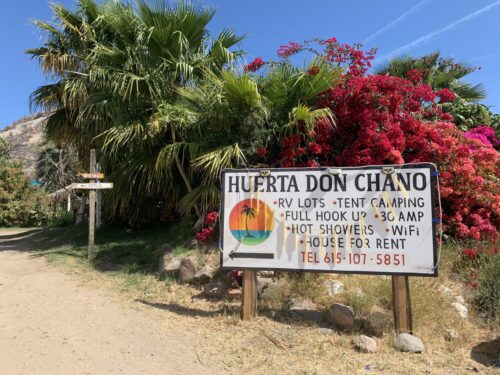 Manta rays splashing..not my photo! Why they do this is a mystery to scientists… 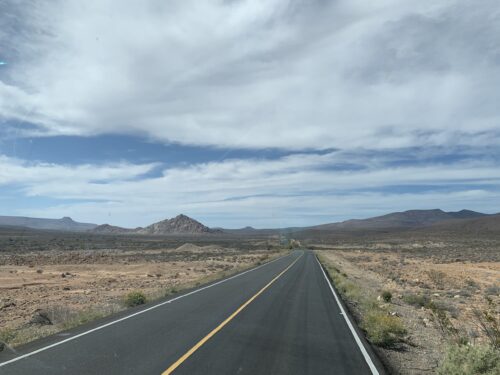 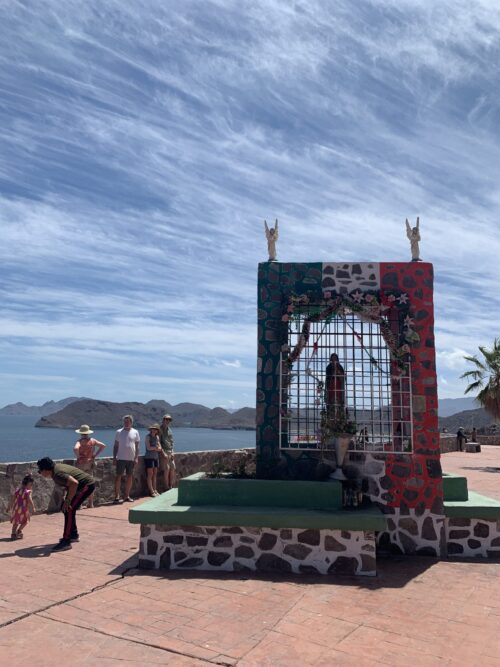 A Mirador (viewpoint) over the Sea of Cortez.. protection for all.. Fiona and the duck her great grandmother gave her ❤️ 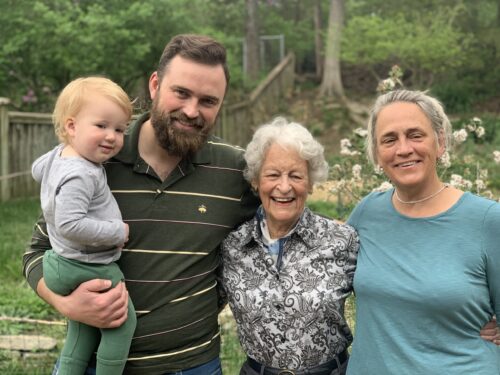